Herbal medicine plans and recommendations are included in all Acupuncture and TCVM consultations. 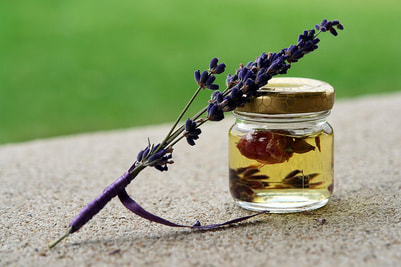 Many acupuncturists choose to combine acupuncture with herbal medicine because the use of herbs enhances the effectiveness of acupuncture.  Daily herbals are like having acupuncture daily!  Dr. Shantel is a Certified Veterinary Chinese Herbalist from Chi University of Traditional Chinese Veterinary Medicine in Reddick, Florida.  There are hundreds of Chinese herbals, and they can be used for anxiety, IBD, heart disease, tendon/ligament injuries, kidney disease, and so much more!

Below is an excerpt from the blog Returning to Sport Post-Abdominal Surgery:
Whenever a patient has a surgery that involves cutting of a tendon or ligament or a sport dog with a strain, the herbal formulation I reach for is Tendon/Ligament Formula by Jing Tang Herbal.  Its Chinese name is Zhuang Jin Jian Fang and it is a modified Bu Gan Qiang Jin San.  Tendon/Ligament Formula nourishes Liver Yin and Blood, as well as strengthens tendons and ligaments.  For centuries, Chinese herbal medicines have been used to treat martial arts injuries.  These herbals can also be used to strengthen tendons and ligaments, which is the reason I recommend once a year an active performance dog go on Tendon/Ligament Formula.  The micro abrasions to the tendon and ligaments can be nourished, and potentially prevent major injury.  In TCVM, by supplying and nourishing the tendon and ligaments with Blood and Yin, the Liver dominates and controls them.  When there is weakness or poor growth of tendons and ligaments, there is usually Liver Yin/Blood Deficiency.  Therefore, the key to treating tendon and ligaments injuries is to nourish Liver Yin and Liver Blood.  In horses, there is ultrasonic evidence of complete healing of a tendon injury after just 3 months of administration of Tendon/Ligament Formula.  You may be asking yourself ‘if this formulation is so amazing, why hasn’t it made it’s way to mainstream medicine?’  That is an excellent question!  The answer is because mainstream medicine wants evidence-based medicine, and evidence-based medicine involves studies.  The purpose of Chi Universities Master in TCVM Program is aid in providing this evidence-based medicine in hopes of bringing the benefits of TCVM to Western Medicine, making it a more accepted practice for our patients.